The exhibition DRAWING POWER - Children of Compost explores the sometimes unsuspected power of drawing to act and reflect on current ecological issues. Drawing creates shapes and representations, diagrams and patterns, scenes and figures. We need these new representations to imagine differently, and thus change our role on the planet: the way we conceive of life is the way we realize it.

To do this, authors committed to the fight against the climate emergency such as anthropologists Philippe Descola and Eduardo Khon, and philosophers of science Isabelle Stengers or Donna J. Haraway, propose to go beyond the nature/culture¹ duo that places "nature" at the service of humans and their needs, as a "product" to which they are linked only as consumers. In 2010, UNESCO's "Declaration of Bio-Cultural Diversity" clearly affirmed the interconnection of biological and cultural diversity².

Thus, in the plastic arts, notions inheriting this separation such as the landscape, the garden, the bucolic feeling, the sublime, are naturally reviewed by the artists. The need to feed on immersive and connected knowledge other than our humanism from an imperialist period is manifested by the recognition of indigenous art as contemporary art, but also by immersion in the combined ecosystems of art and the environment. These new perspectives formulate multiple conceptions of the body, science, sexuality, work and time in parallel with ultra-capitalist production systems.

Thus, from data collection to interventions on sites, drawing takes on the role of interface to propose new representations of living together. This involves a dialogue with humans and non-humans, to quote Donna J. Haraway, from whom we borrow the subtitle "children of compost" designating a future era of life regenerated by new conceptions of life³. It is this future that DRAWING POWER - Children of Compostproposes to build on the difficulties of the present.

We explore the living in the transition period in which we live (with polluting materials without which it would be difficult to work). We are embarking on a future that has already been compromised, but whose destiny is to be made if we employ new representations to question the failing conceptions of our cultures. Drawing helps to build these conceptions, in its ability to schematize complex laws, geopolitical boundaries, to activate certain aspects of ancestral cultures in the same way as modern technology, to imagine the temporality of creation rather than "productivity", in short, to understand our presence on the planet as compost - a generating rather than usurping presence.

Light, elementary, sometimes linguistic, drawing brings a unique territory of reflection and action. The artists invited to participate in this exhibition embody a broad spectrum of practices. They range from activism to work far from major cities, to performative, socio-political or politico-poetic experiences. Some artists, such as the duo Hipkiss place themselves on the fringes of urban life and defend an eco-feminist view; others, such as Jaanika Peerna, engage the public in the future of the work depicting cast-of-the-road glaciers; artists of the Kwoma people in New Papua, Agatoak Kowspi and Kowspi Marek, borrowed Western drawing tools to draw their hitherto oral cosmogony; some leave in recognition of intense areas of eco-social fighting such as Marcos Ávila Forero and Noémie Perez; while others contribute to an upstream awareness of ecological concerns such as Emily Lazerwitz, who reread the Bible as an iconoclast, keeping only the "first semantics", namely elementary words, like new seeds.

ARTISTS FROM THE FRAC PICARDIE COLLECTION 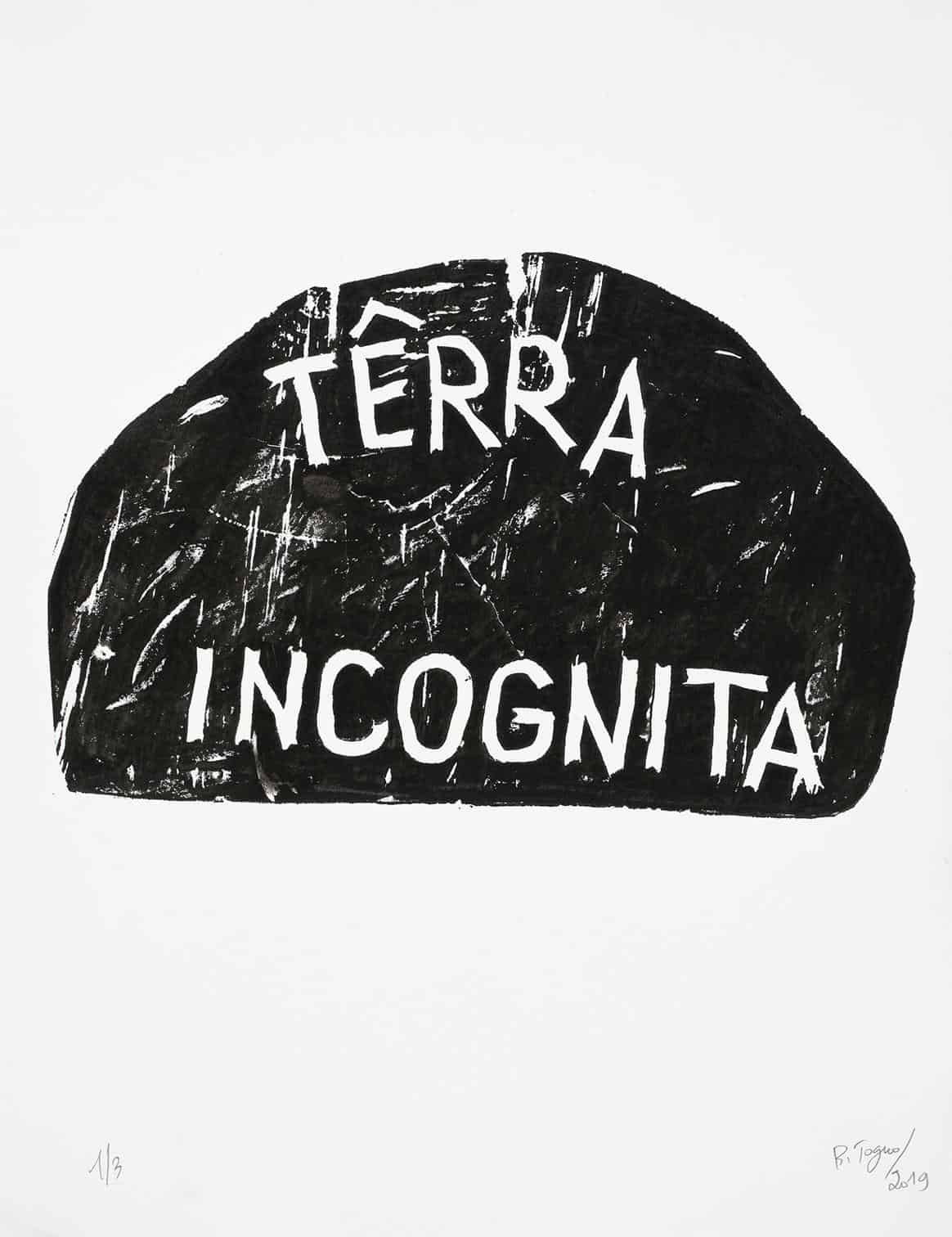