Pulp·e is an exhibition project that was born from our common interests in symbolism, interdisciplinarity, the porosity of mediums and the de-hierarchization of art. He questions the construction of the image, in its reappropriation, in its writing, in its transposition into drawing - spatially, providing new information including the body in order to make us wander in possible narratives. The very title of the project refers on the one hand to a specific typology of comics, the Pulp (abbreviation of pulp magazine, inexpensive and mainstream publications, popular in the United States until the 1960s), and the addition of the E proposes another, more concrete meaning, pulp. A hybrid title, the exhibition also presents several states.

The occupation of space is a central concern of our project. From a sketch drawn on the notebook, it will unfold in space in the form of a disproportionate costume, a large shirt, a long curtain, "drawn" films, notes, sketches, etc. The popular and folkloric forms taken up and drawn by Benjamin Hochart, will go beyond the frame of the sheet of paper. He thus creates new narratives and new scenarios, which we will always situate between the line – the line; and the image – recomposed, assembled, animated, filmed. Multiple media and processes (drawing, painting, textile work, installation, video) will unfold in the space of the Drawing Lab which will become the theater of an unprecedented narrative whose spectator will activate the various possible scenarios, inviting to reconsider the public space and the presence of the body.

Fabienne Bideaud
Curator of the exhibition 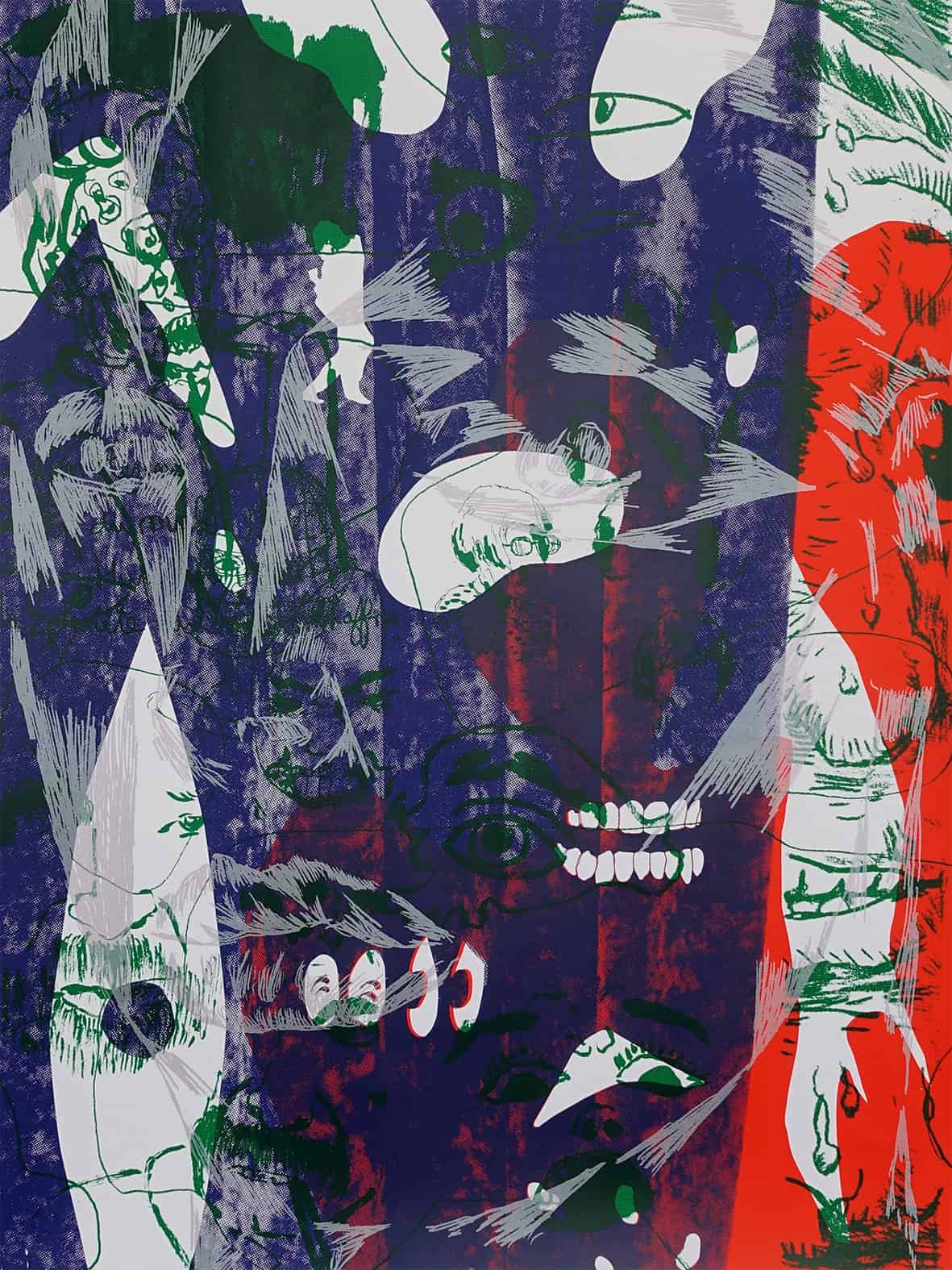 Benjamin Hochart's work is undeniably in line with contemporary art, but it also claims the influences of raw art, decorative or folk arts, various textile practices, genre cinema, comics and science fiction as witnesses to an artistic practice based on the non-hierarchy of genres and the arts. Mixing various references, his work proposes forms with multiple readings that attempt to disrupt the established order, while exploring the political potential of marginal positions from countercultures or popular cultures. The objective is to give visibility to all so-called "minor" or "bad" genres without creating a break between life and the production of artistic forms.

Over the past 15 years, his work has been the subject of numerous solo and group exhibitions; it is present in public and private collections in France and abroad.

As a PhD student in the Radian program, he is currently preparing a thesis in creation and research in art entitled "Reversing, assembling: popular artistic activity".

Fabienne Bideaud is an art historian, curator, art critic and teacher. His research currently focuses on the links between contemporary art and theatre and dance, in the use of artifice, the body, space; analyzing the construction of the narrative through the prism of decolonial, gender and feminist studies.

Trained in art history and pursuing curatorial studies at the University of Paris IV – Sorbonne, she develops her practice and research through projects and residencies. She is a guest curator of La Box, Ensa Bourges, in collaboration with the artist Ann Guillaume; participates in the "Gwangju Biennale International Curator Course" and is hosted in residence at the Meetfactory in Prague. Thanks to the exchange program France - Germany "Young Curators" organized by the French Institute in Berlin, she collaborates with the Kaiser Wilhelm Museum, Krefeld. She carries out exhibition projects in galleries, art centers, artists run space, in France, Geneva, Prague, Berlin, favoring an inclusive reflection related to the given territory.

She is a member of C-E-A, the AICA and co-founder of the Golden Brain association which organizes exhibitions investing places dedicated to art or not. She participates in the queer and feminist writing workshop How to Suppress University Writing led by Émilie Noteris. She currently teaches the history of Performance, Dance and Theatre at IESA; and the exhibition curator at the University of Paris 8.

VIEWS OF THE ARTIST'S WORK