The black numeral refers to the difference in subjectivity between two opposing forces. For example, discrepancies between estimates of the number of participants in a demonstration, from the point of view of the organizer or law enforcement. Between fantasy and rationalism, these figures ultimately prove to be false since they are based on an unknown. It is to these unknowns that this exhibition is attacked.

The exhibition Le Chiffre Noir by Nicolas Daubanes is not a pleasure boat. Quite the contrary. The subjects treated by the artist are neither beautiful nor light. And yet. In his practice, Nicolas Daubanes confronts the strongest or most fragile materials that are created from fire. For this solo exhibition at the Drawing Lab, concrete, glass, ceramics, iron filings (signature)... are works that carry stories that question us in our relationship with the past and the collective memory.

In the video Society you will not have me!, Nicolas Daubanes plunges the viewer into the prison world of a prisoner for life. Of this life as a prisoner, the artist reveals nothing but on the contrary gives to see a moment of virtual escape. It is in a video game that the inmate can still give himself the illusion of walking, walking, running and making decisions alone that lead to immediate action. Having become voyeurs of an ultimately intimate scene, we discover the antagonistic relationship between freedom and prison, dream and reality, power and constraint. The video game game is the refuge of social exclusion, just as the concrete cell becomes a space of safety and protection, for all.

This concrete, which founds the thickest walls, Nicolas Daubanes manufactures, builds and weakens it by adding sugar, this gesture of the resistance fighters of the Second World War who insidiously sabotaged the Atlantic Wall by slipping sugar into the concrete mixers. From a protective architectural element, concrete becomes a support for revolt and indignation. What happens behind these concrete walls is silent, inaudible. Yet the artist gives to read these cries of revolt, fear or horror of history. If we think that some things are hard to say, then maybe giving them to read makes them easier to accept? Concrete can form ramparts, bunkers to protect against attacks, or prisons. These prisons can be those in which individuals of Justice are held, but also those of injustice.

So, in these walls, there are sometimes some openings that allow a view of the outside. As a dream of escape, a memory or a last hope, Nicolas Daubanes makes the closed prison doors transparent and Persian the reinforced concrete walls to draw windows. From these windows, one can see forests drawn with steel powder directly on the windows themselves. An absence of depth that gives the feeling of having your nose stuck on the window, of being a prisoner of nature. The oxidized filings reveal some elements of an orange, almost blood-red color, and the shades of gray make the menacing trees immersed in a milky mist that constitute images similar to archival photographs. These forests that the artist gives to contemplate are those that surround the former concentration camp of Natzweiler-Struthof, created in 1941 in Alsace, which held more than 52,000 prisoners and killed nearly 17,000 people.

But Le Chiffre Noir is also a message of hope and indignation. The Parisian pavement gives way to the ceramic brick marked with hot iron filings. This brick is deformed on its stops, leaving the imprints of the hand that grabbed it before it was dry. The gesture of the craftsman is also that of the actor, the awakened informed who reacts to his story. This is what Nicolas Daubanes questions in his exhibition: he makes this deaf cry visible through art. Everyone keeps in mind the heavy burden of preserving the memory of past "acts": transmitting so as not to be forgotten and become simple numbers. 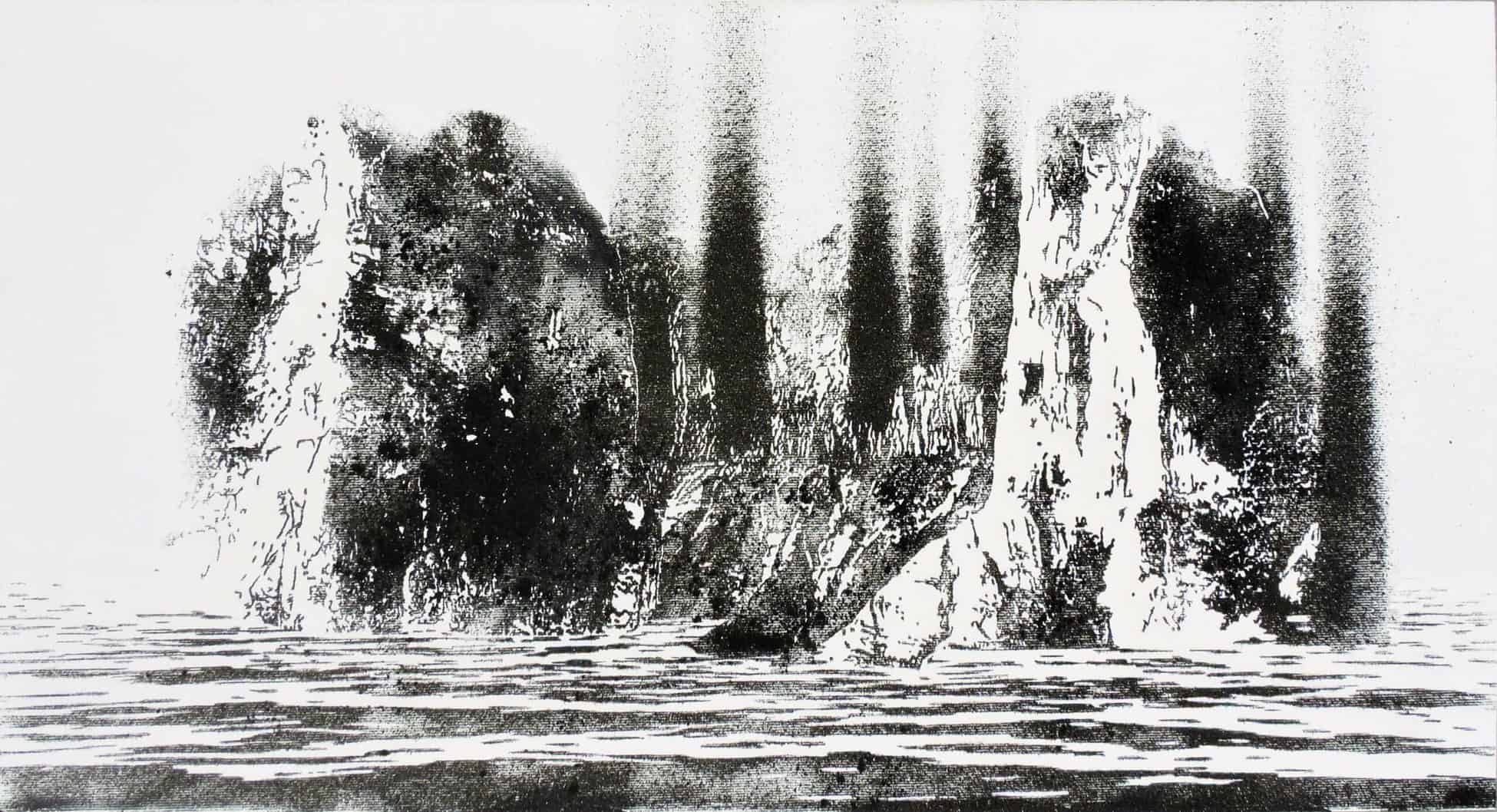 Saturday, October 29, 2022 — from 3pm to 7pm
In the company of the artist
Practical information
Contact us

Any questions? Ask our cultural mediator!
FREE SERVICE TUESDAY TO SATURDAY FROM NOON TO 5.30 P.M.

And the main patron of the Prize:
— SOFERIM, represented by Jean Papahn,founder and president.

"I invest in essential questions: life, death, the human condition and the social forms that shape them. In my latest work, the speed, fragility, porosity, ghostly aspect of images and materials, transmit the pressure of the past at the crossroads of what will happen. My work is part of the long term, it draws a path, a trajectory that tends towards the search for freedom, the release of constraint. I try to experience intensity and rigor, I play with danger, mental, visual, physical. »

Nicolas Daubanes has been working around the prison world (drawings, installations, videos) from immersive residencies in remand prisons for nearly 10 years. From his drawings with iron filings to monumental installations of sugar-sabotaged concrete, Nicolas Daubanes is interested in the combined moment of suspension and fall: it is a question of seeing before the fall, before the ruin, the vital momentum. Iron filings, a fine and dangerous, volatile material, used in drawings and walldrawings,refers to prison bars, and by extension to escape. The concrete loaded with sugar is inspired by the vain gesture of the resistance during the Second World War to sabotage the constructions of the Atlantic Wall. Temporary and fugitive.

Nicolas Daubanes was born in 1983 in Lavaur, he lives and works in Marseille. He has exhibited in many institutions such as the Villa Arson, the Abattoirs (FRAC Occitanie Toulouse), the FRAC Occitanie Montpellier, the MRAC Sérignan... Nicolas' works are part of important private and public collections including the FRAC Occitanie Montpellier, the FRAC Provence-Alpes-Côte-d'Azur... Nicolas is the winner of the 2016 Yia Prize, the Grand Prix Occitanie d'art contemporain 2017 and the Mezza-nine Sud les Abattoirs 2017 Prize. He is the winner of the Prix des Amis du Palais de Tokyo, 2018. In 2019, 2020 he benefits from solo exhibitions at the FRAC Provence-Alpes-Côte-d'Azur, the Château d'Oiron and the Palais de Tokyo.
Nicolas Daubanes is the winner of the 2021 Drawing Now Award.

Photos of the exhibition 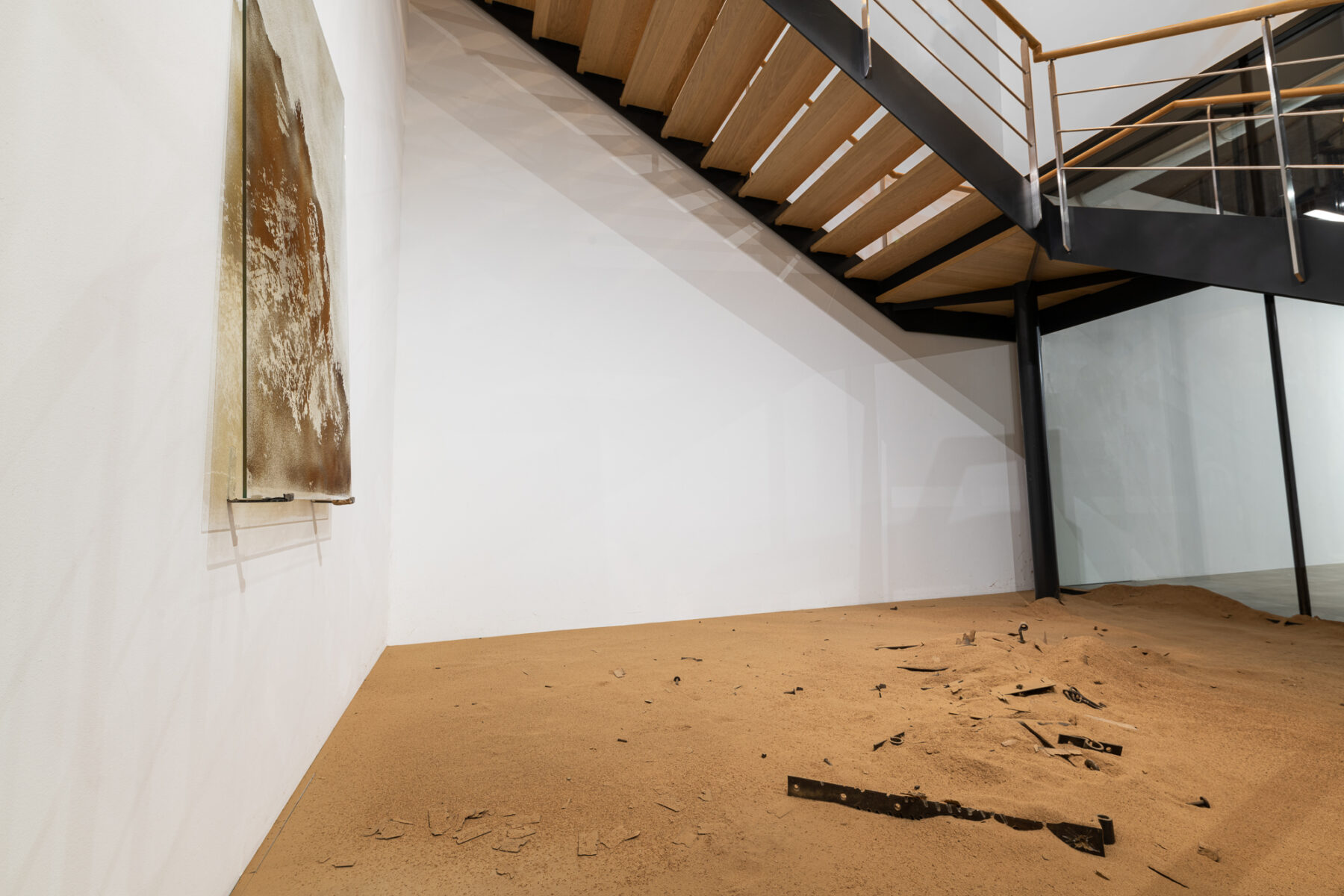 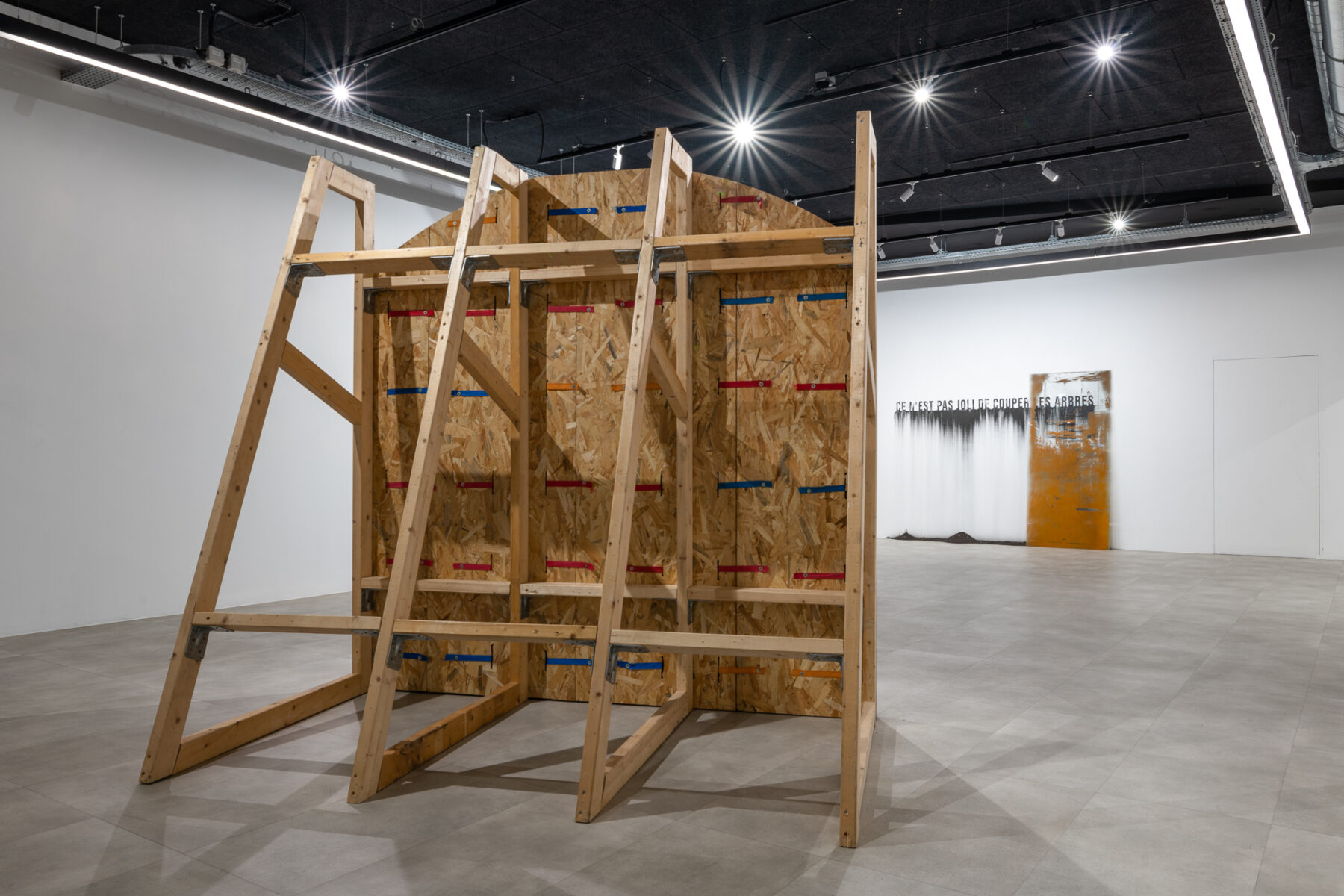 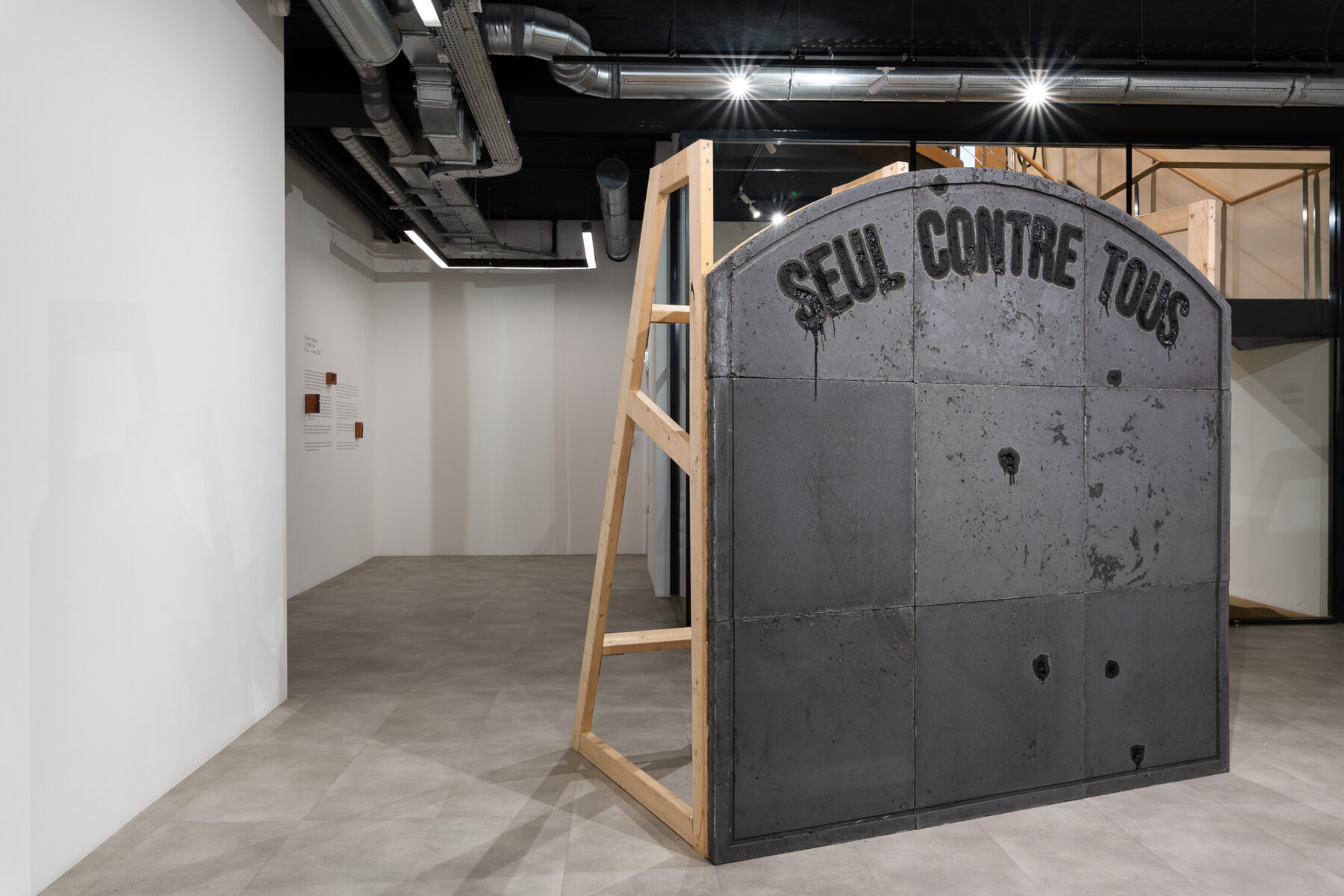 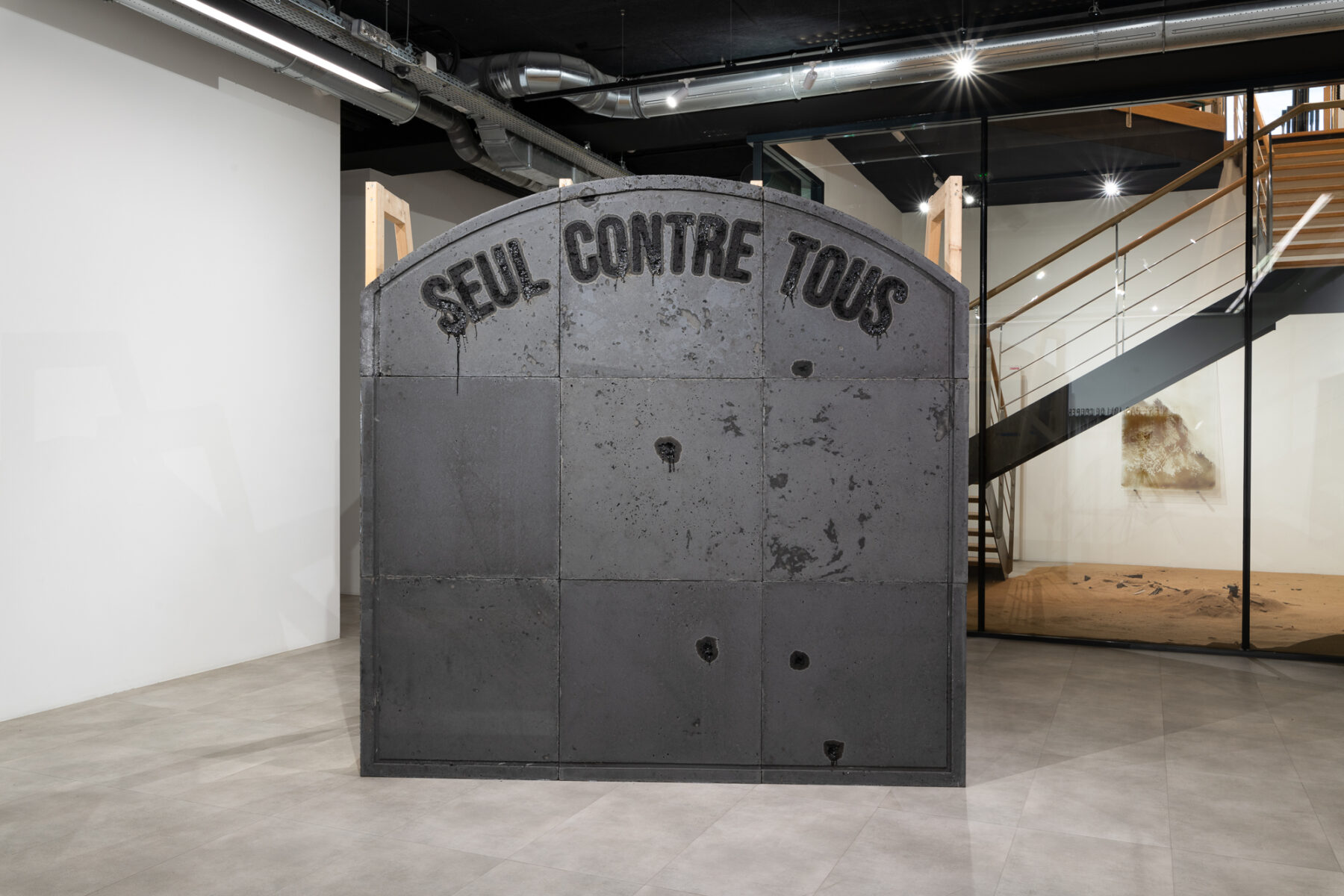 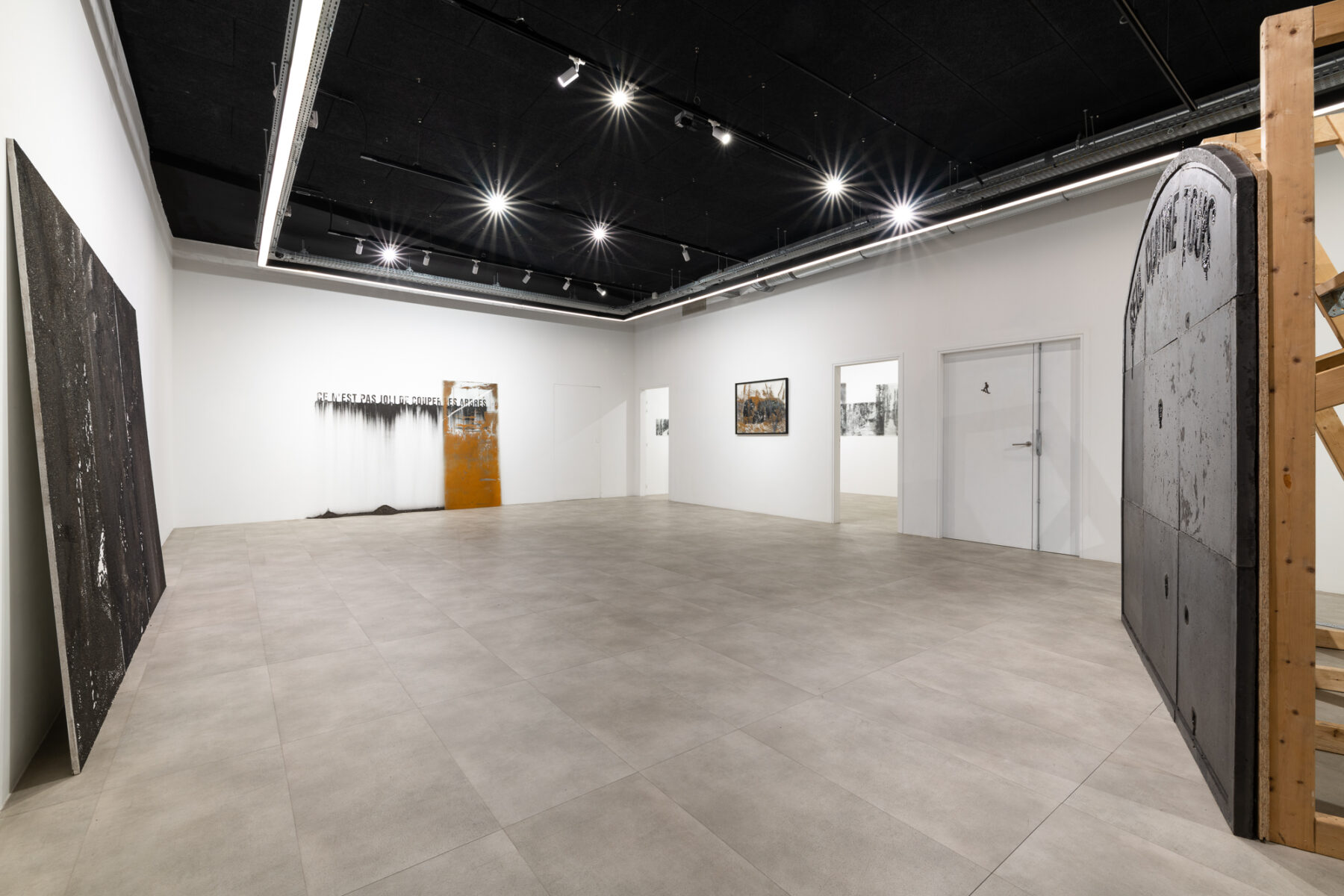 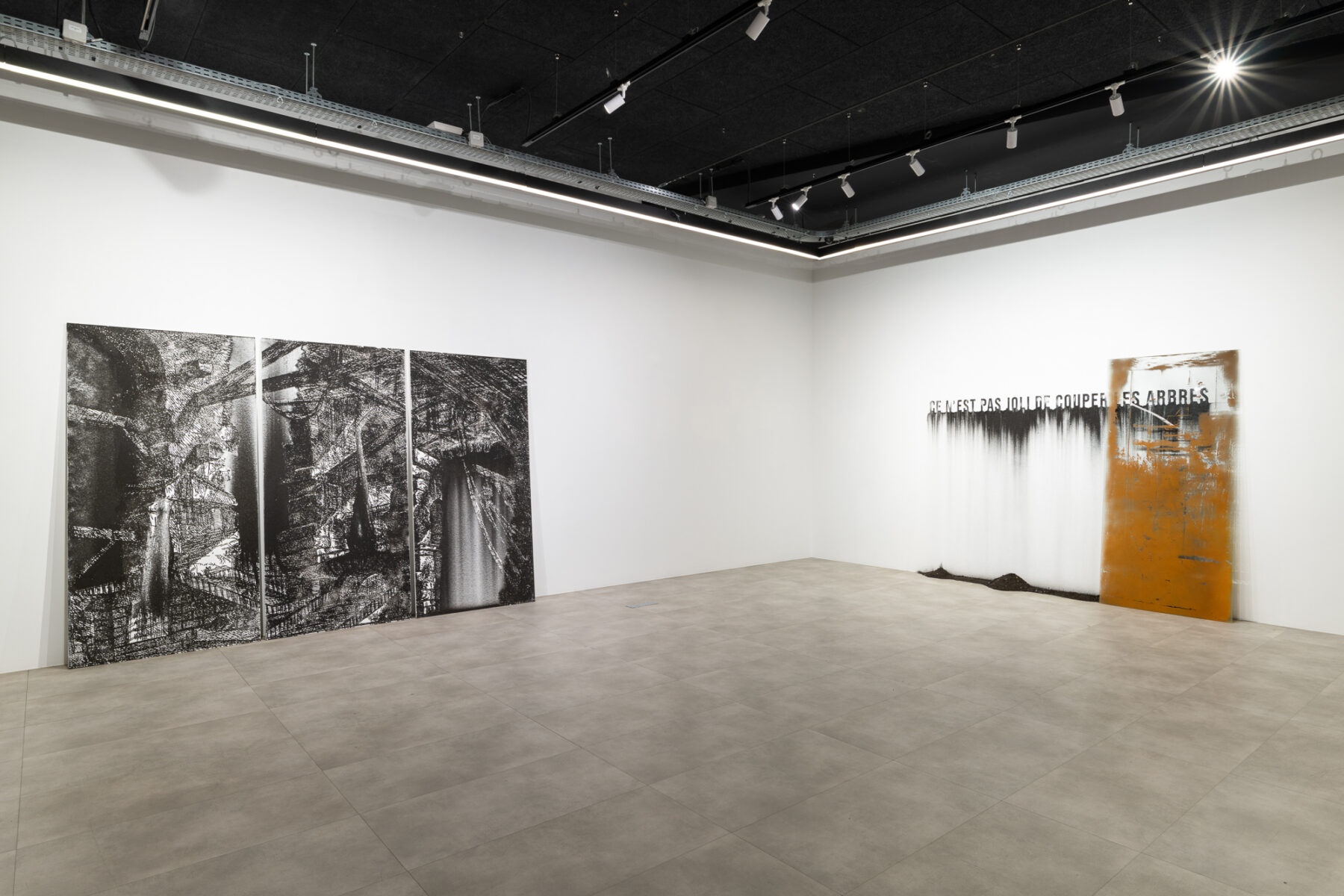 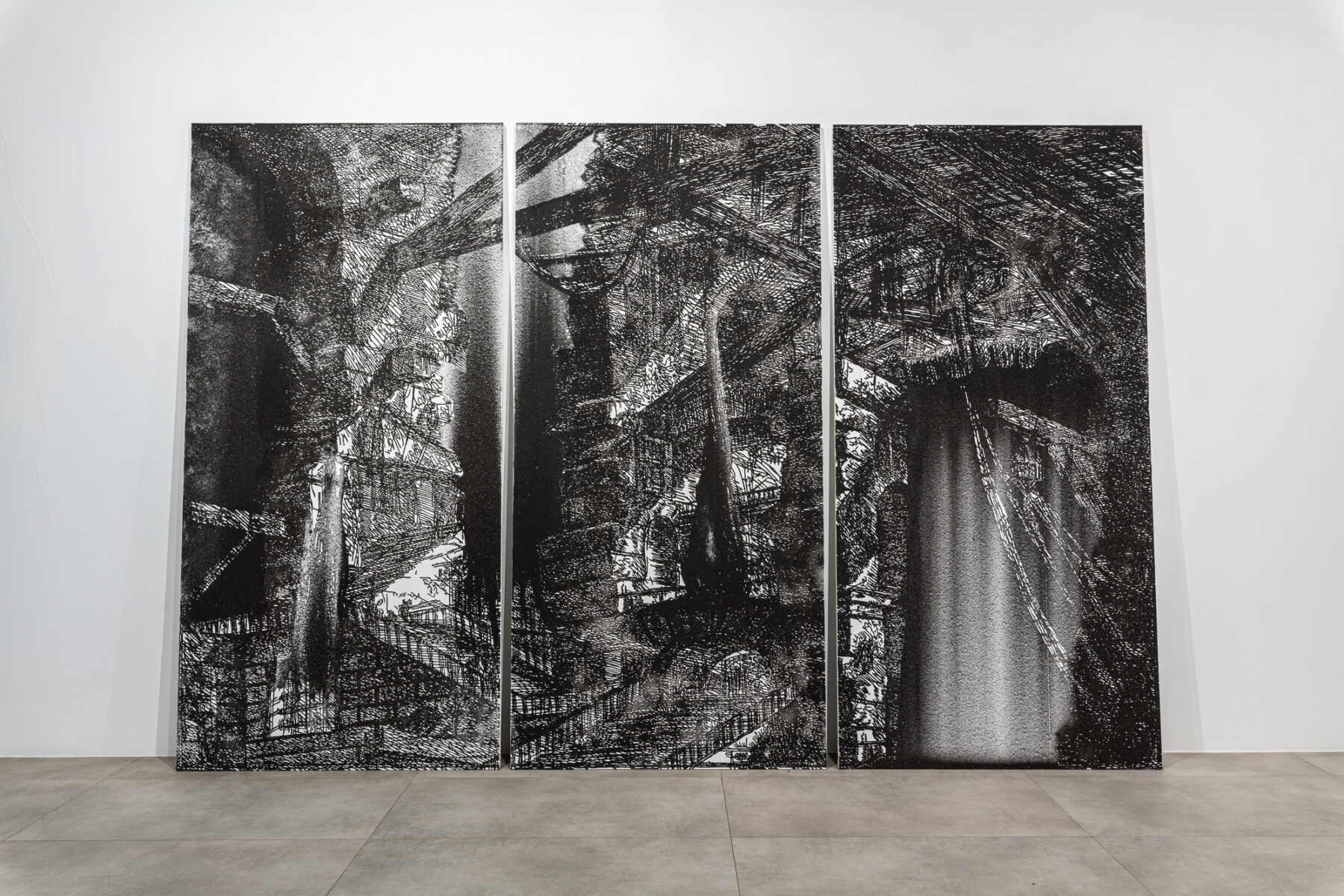 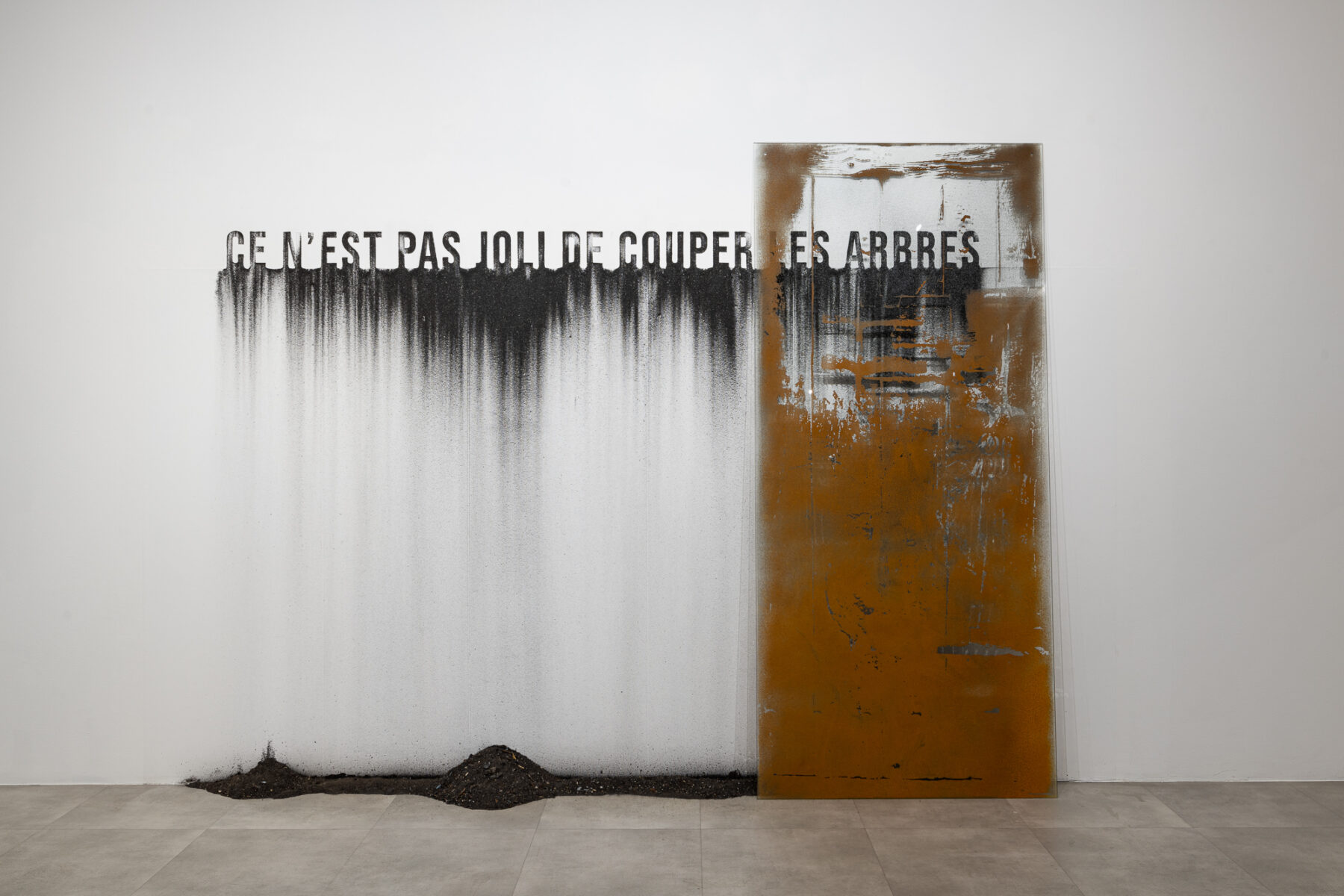 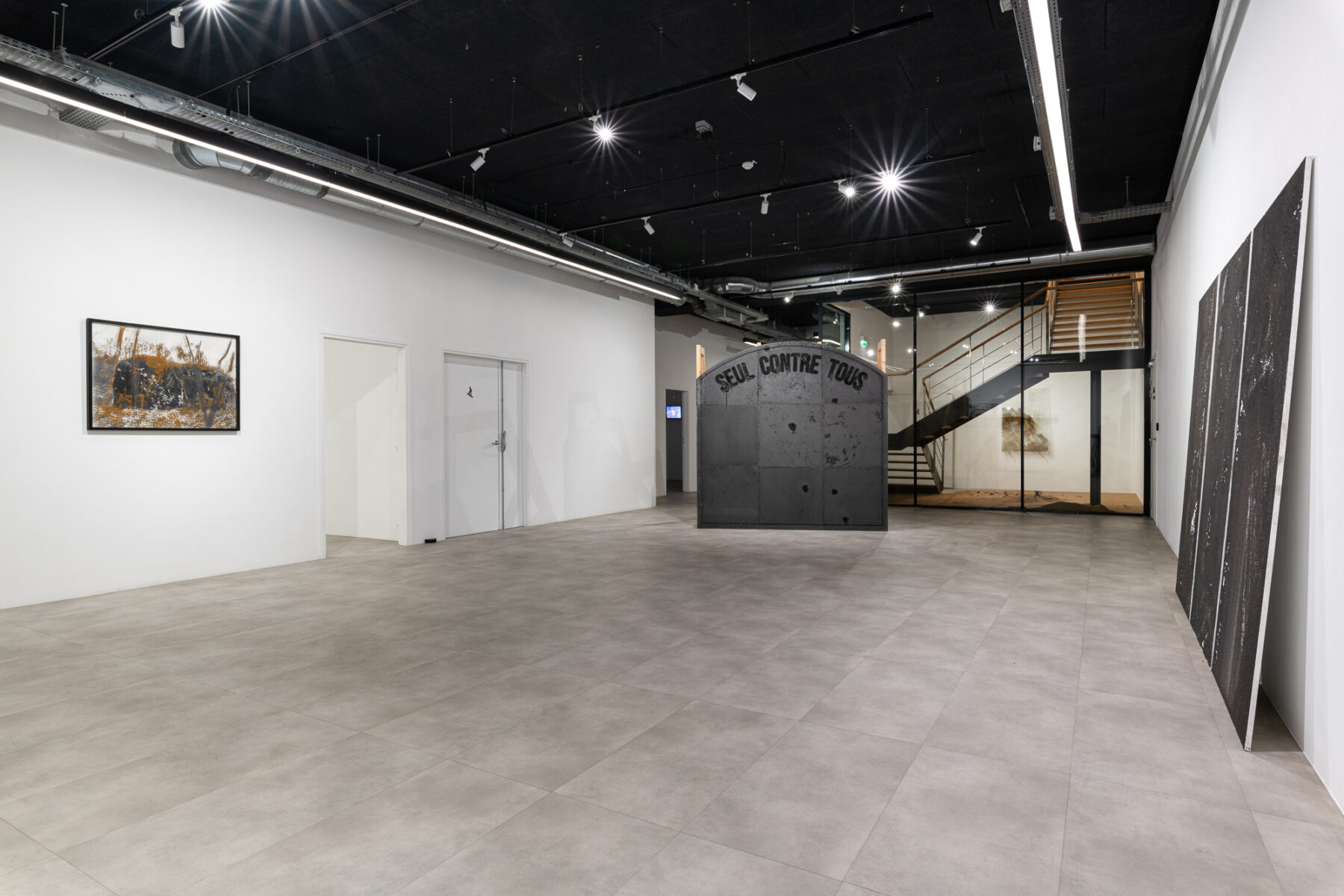 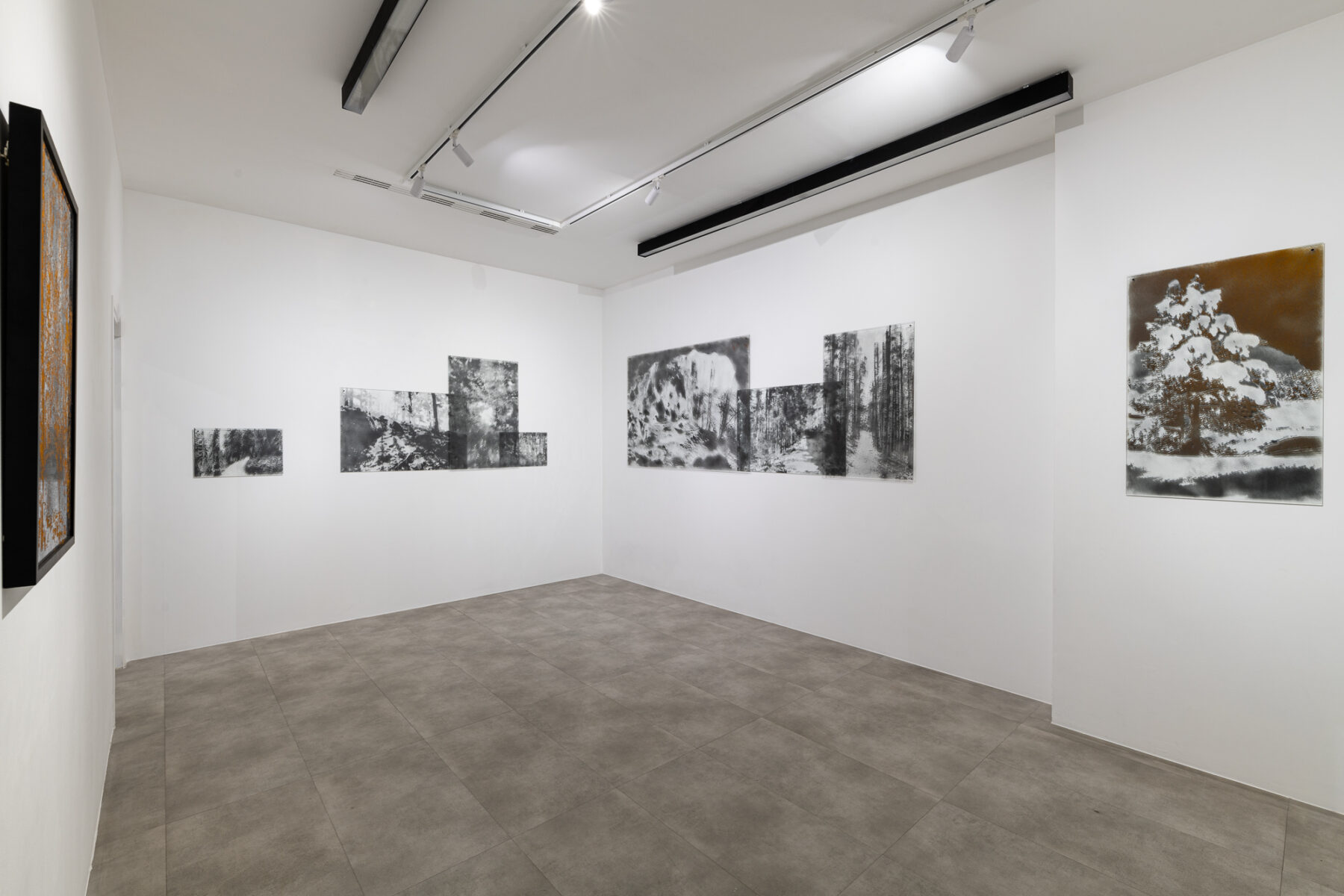 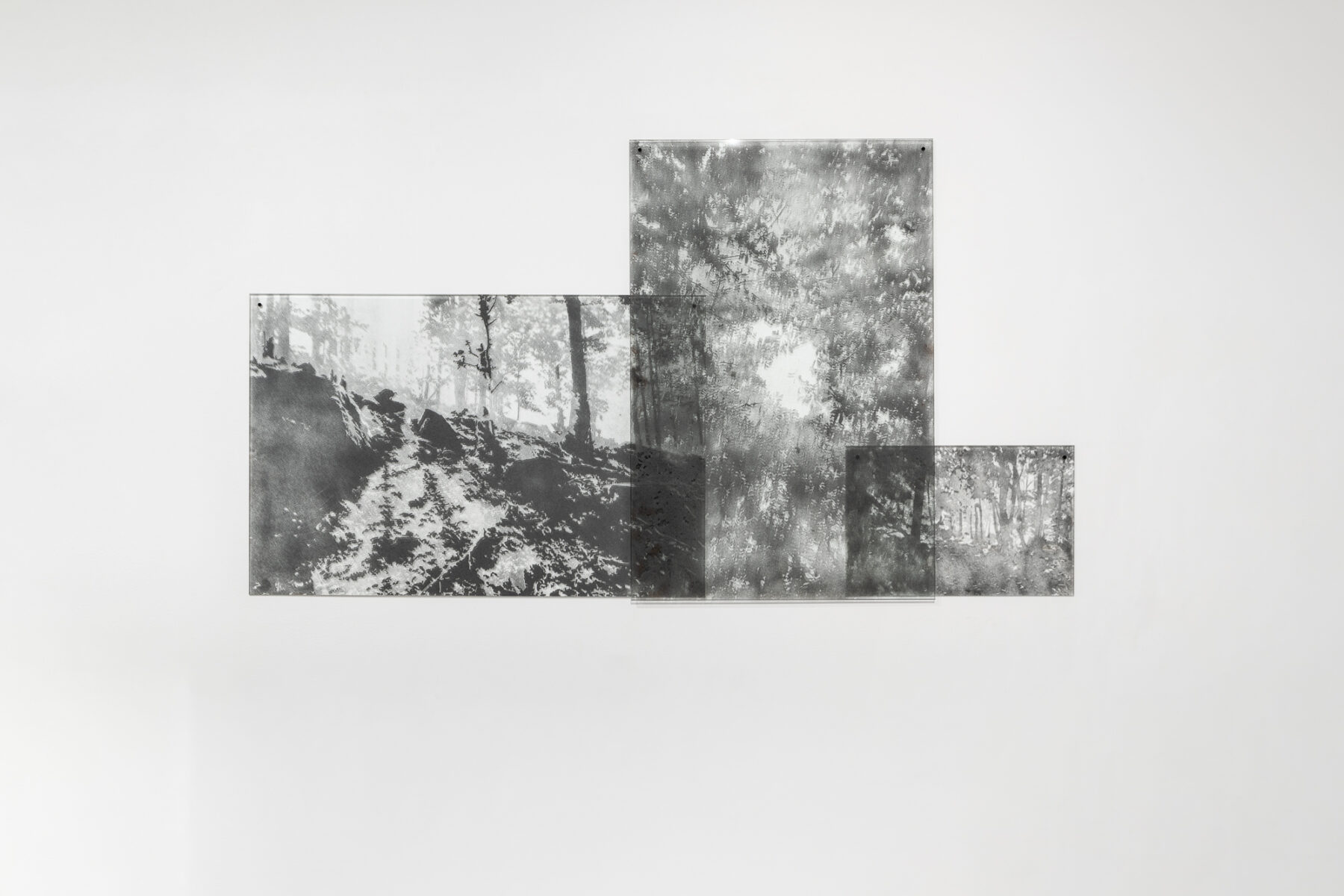