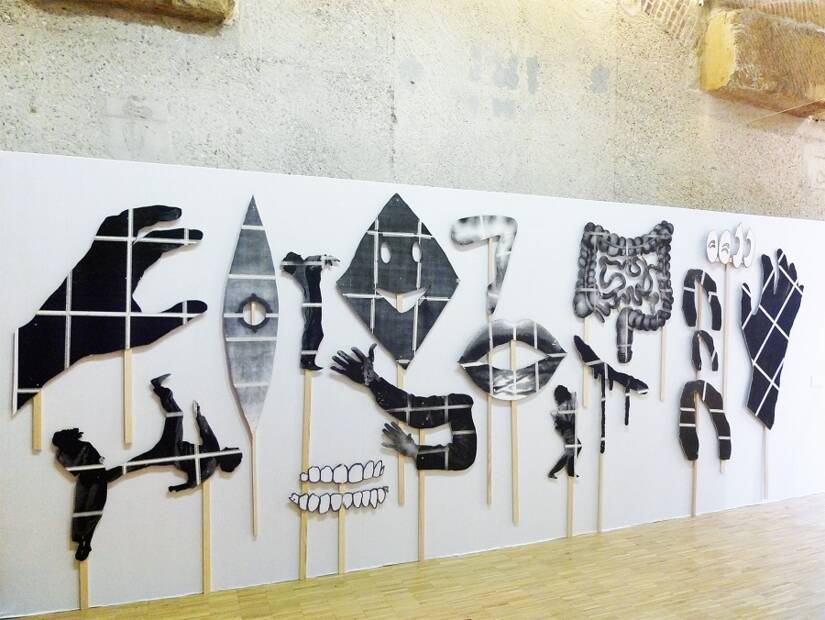 Thirty-two artists have been nominated for 2020 as part of The Individual Creative Aid (ICA). This aid, supported by the Drac Ile-de-France, aims to enable the completion of a project or artistic research, without necessarily leading to the realization of a work.

Benjamin Hochart practices drawing, painting and sculpture using his iconography from the genre of comics and illustration. He is currently pursuing a thesis on the legacy of raw art articulated to the practice of contemporary artists that is part of a reflection on the resurgence of popular imagery and its diversion, in order to rethink our relationship to the image and its circulation.

Pulpe is the title of a second-rate American magazine that existed from the 1930s to the 1950s and mixes comics with literary forms like science fiction. The magazine is known for publishing author HP Lovecraft. Inspired by this culture of image of both poor quality and mainstream, Benjamin Hochart seeks to transcribe a universe close to illustration, mocking the codes of good taste and at the same time defying the aesthetic values of contemporary art. Pulpe is an animated video reusing different types of patterns and images from a composite work of the artist combining images shot in Super 8 outdoors and in the studio from the construction of scale models 1, animation drawn on digital tablet and drawing by hand. Parts of the scale 1 décor are also produced by the artist, so characters are dressed in a harlequin shirt or a diagram curtain. This eclectic mix allows him to approach everyday life from a look that is both quirky and theatrical.

This work around popular iconography in a video format emerged after two projects led by the artist and continuing the research as part of his thesis: Seul sur le sable is Benjamin Hochart’s first animated video in which a character moves on abstract motifs from Japanese header papers. Parade Proteste (2019) is a performance presented at DRAWING NOW Art Fair, five to six performers paraded with signs in the shape of intestines, hand or teeth, in reference to the culture of carnival, imaginary that we find again in the video Pulpe.

DISCOVER ALL THE NOMINEES