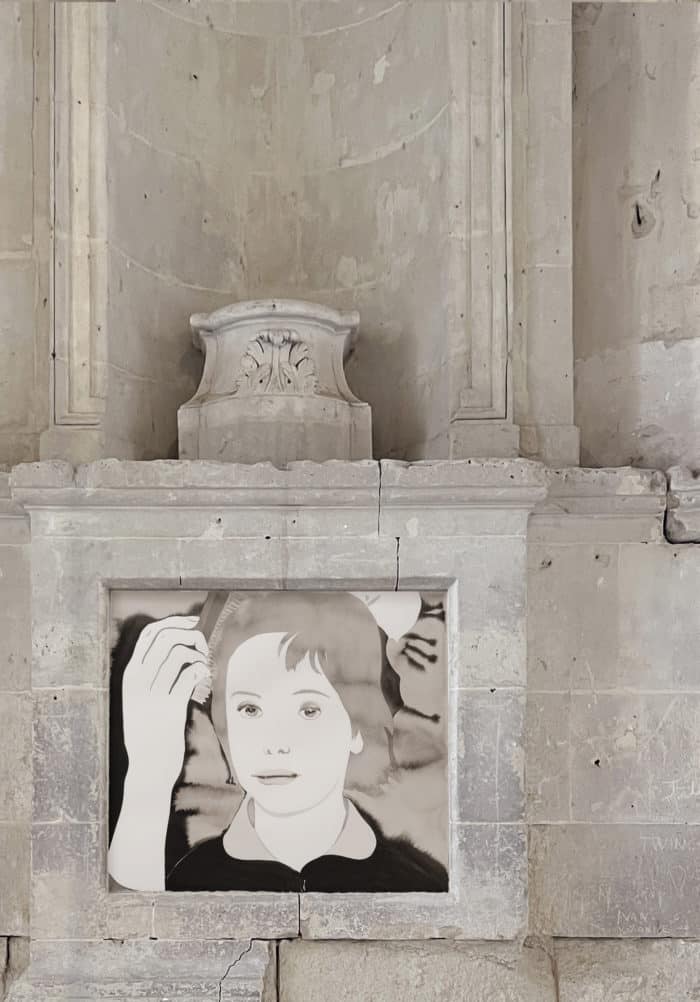 The exhibition “Extended” in the heart of the abbey church

The elongated bodies hover around the altar while black and white creations come to intrude into the niches and the rough edges of architecture. It is with generosity that Françoise Pétrovitch deploys in the choir of the abbey aset of original drawings made for the Royal Abbey of Fontevraud. Huge or smaller, or even tiny, they are one with the stones millennia. The inks she laid water the paper that breathes then and sculpts a universe of sublime figures that it is now up to you to discover among the works of the art course of a summer in Fontevraud.

The state of semi-consciousness that characterizes the Plantagenet recumbents, still considered awaiting the last judgment, makes a striking echo to the work of Françoise Pétrovitch. Its great elongated figures, which she calls the Extended, also seem to float in an interminated space. A kind of torpor that defines a state on the threshold. The serious lightness that is here summoned by the artist evokes a suspended time that is also that of the recumbents.

The four recumbents are polychrome sculptures on which one can admire the virtuosity of the bodies and drapes. Charactertragic of these sarcophagus lids is diminished by their Aesthetic. This ambiguity between drama and beauty is inherent in the work of Françoise Pétrovitch whose works are crossed with a bitter brilliance.

Other motifs are inserted in the alcoves and other stones missing from the radiant chapels of the ambulatory. The body, whole or fragmented, personified or animal, suggests the dreamlike appearance of creatures through the skin of the tufa stone.